This is a fun way to welcome in the Labor Day weekend. I hope you will attend.

From the Organizing Committee via Vice President Drga:

Local 205 has made arrangements to present a two day Organizing Training class.
This class is taught by the AFL-CIO and it is open for all members to attend.

More details to follow but here is what you need to know now:

The class will be held at the IBEW building on August 25th and 26th. You must attend both days.

Class hours are 9am to 5pm with one hour for lunch

There is no cost to attend.

To register to attend send an email to the education committee. 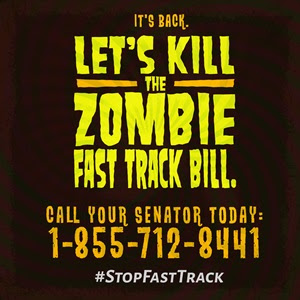 Congress just introduced a Fast Track bill that will allow massive trade deals to be negotiated behind closed doors. If Fast Track passes, it would virtually guarantee the passage of trade deals that will ship jobs overseas and sell out US workers for corporate profit.

Call your members of Congress and tell them to oppose Fast Track because it’s undemocratic and will drive down wages for workers like you.